The Club has today received that sad news that President Paul Collado has had to temporarily step down due to commitments in his business life that mean he cannot continue to give his 100% dedication to the running of the Club. Adrian Ballestero will immediately take up the helm and become Presidet of the Club.

Paul was a founder member of the revamped and relaunched Club and it was largely to his efforts that the project got off the ground. Passionate, dedicated and chief herald of the cause, Paul has been at the fulcrum of everything at Gibraltar United since 2014.

He doubled his duties as President by also coaching one of our original Youth sides and indeed Paul has been passionate about our Youth Divison since the outset. He was always keen to stress that the young players were the future of the Club and this has not changed despite the change of ownership in 2016.

Paul has always been the Club’s most vocal supporter on and off the stands supporting the team come rain or shine or representing the Club at an official level with the GFA. He has always worn his heart on his sleeve and this has permeated to the other staff members in the club, both past and present, as he has been a constant source of inspiration.

He has always supported the players at Gibraltar United to the hilt both in the good times and the bad and has certainly earned their respect and their regards. I am sure that many of them will recall his motivational speeches in the dressing room and training pitch.

Paul also played a crucial role in the take over of the Club by the Heritage Group and they were quick to realise the importance of his role and persona in the organisation and were keen to stress that he was to remain as President once the take over was complete.

Under Paul’s Presidency, though he was ably assisted by those around him, the Club has grown exponentially both off and on the pitch. We have over 120 young players registered as club players and a wide variety of coaches managing, leading and developing these young footballers. The Club missed on European football by a single point last season after only 4 years back on the pitch. A very different panorama to June 2014 when the Club was simply an ideal.

We hope to see Paul back in his seat soon and we wish him all the best in his endeavour that we know is taking a lot of his time. For the time being football will take a back seat for Paul Collado but I am sure we will hear his cheers of support for the team ringing out across the Victoria and I am also sure that when time allows he will be back at the wheel of the ship.

Match Preview brought to you courtesy of Quantocoin 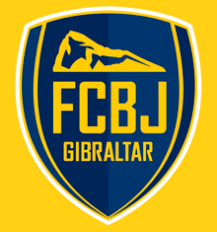 FC Boca won promotion as well as the 2nd Division last season in one of the most closely fought 2nd Division of recent times. United last met Boca in 2015 when both teams were playing in the 2nd Division. They have not had a good time of it so far having played two of the fancied teams in St Joseph’s and Mons Calpe, however they battled hard and did not deserve the 3-0 defeat against the Calpeans. Former United players Buhagiar, Currer and Cantelmi all defend Boca’s colours.

United come into the game after the battle against St Joseph’s that saw Cortes equalise late in the game. Erin is back in contention after serving his ban while Mouehli is suspended for his double booking. The staff are also awaiting on Negrette’s injury after he was subbed off on Friday evening. Three points are vital as this will be last the game before the enforced break due to Internationals and the music concert. Kick off Wednesday 20:30 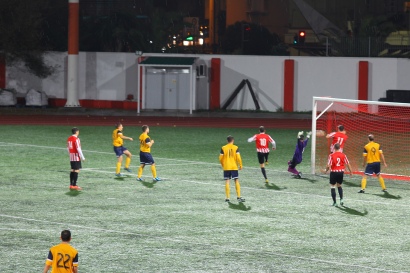 Football kicked off on the Rock following the summer hiatus and the European fixtures this week. United, Lincoln and St Joseph’s racked up large wins while Europa also saw off highly rated Mons Calpe in a close fought and entertaining game. Lynx and a revamped Gib Phoenix battled out an entertaining 0 – 0 on Wednesday evening. This season has seen the introduction of the 3 Home Grown Players rules and more locals have taken to the pitch over this first round of matches.

Round 2 serves up the first big clash of the season on Friday evening as St Joseph’s and Gibraltar United square up. Controversy seemed to follow the fixture last year and it will sure to be a feisty affair. Lions vs Lynx and promoted Boca vs Mons Calpe followed by Glacis vs Europa and Lincoln vs Phoenix close Round 2.

Match Preview brought to you courtesy of Quantocoin 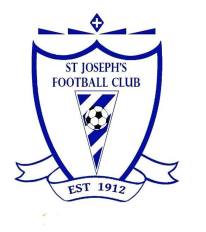 Friday sees Gibraltar United’s first tough test of the season against last year’s running mate for 3rd place, St Joseph’s. The Saints come into the game following a comprehensive 5-0 drubbing of recently promoted F.C. Boca Juniors and reinforced their side over the summer. Former United players Brad Power and Evan Green were joined by Guerrero from Glacis, Al Greene from Lions and Ryan Casciaro from Lincoln. St Joseph’s will prove a tough nut to crack and the game promises to be tense and exciting.

Erin will serve the last game of his suspension but otherwise Lucas has his full squad to choose from. Some impressive performances against Lions should fill the squad with confidence for the match kicking off Friday at 20:30 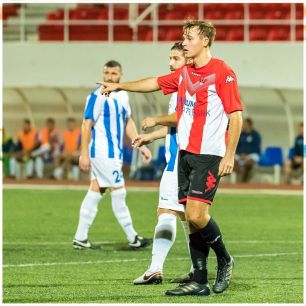 121 games and 3 years; that’s the tenure that Manolo Sanchez Nuñez served as Gibraltar United’s manager. A manager that saved our Premier League status against all the odds in his first season; consolidated our place in the league in his second season and missed out on Europa League qualification by one point in his third. 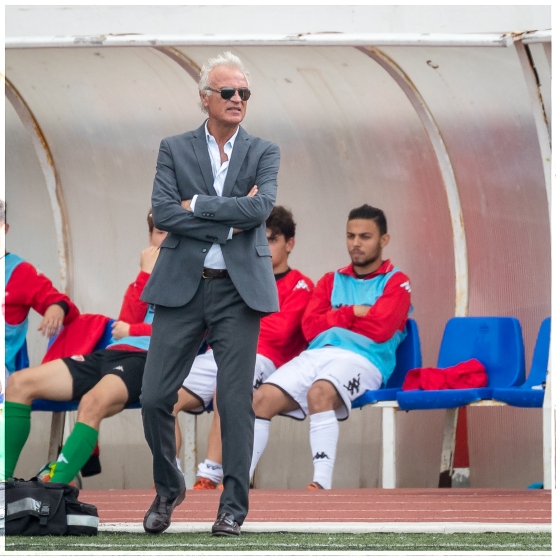 The club owes a great debt of gratitude to Manolo and his sturdy leadership that was able to guide and steer the club during some dark and dismal times. His time with Gibraltar United will be marked by the stunning achievement of staying in the top flight with a squad comprised of 100% local players for two successive season. His Gibraltar United was characterised by its tough defensive stance and its stubborn resistance which made it difficult to score against but was also able to get a result when most needed. It was no surprise to see him get the Manager of the Year award in his first year with the club as he saw off the challenge of Angels FC and Britannia to keep the Club in the top flight.

He went one better in his second season and took the club to 7th place in the league once again relying on a 100% local playing staff. Once again he looked to build a defensive rock on which to break the opponent’s defence on and by beating the teams around us, he improved on the previous season’s placement in the league and steadied the ship as the club was taken over by Michel Salgado, Pablo Dana and the Heritage Group. As the quality of the playing staff improved with the level of investment coming in Manolo was given the tools to make a substantial statement in the league in 2017-18.

That he most certainly did. A stellar campaign followed with wins over Lincoln and Europa as well as a semi-final appearance in the Rock cup. He kept the club in the fight for European football until the last kick of the season and only fell at the last hurdle with a solitary point keeping his side for the Europa league. The football played was of a high quality at times and an attacking flair was added to the solid defensive unit Manolo had built. 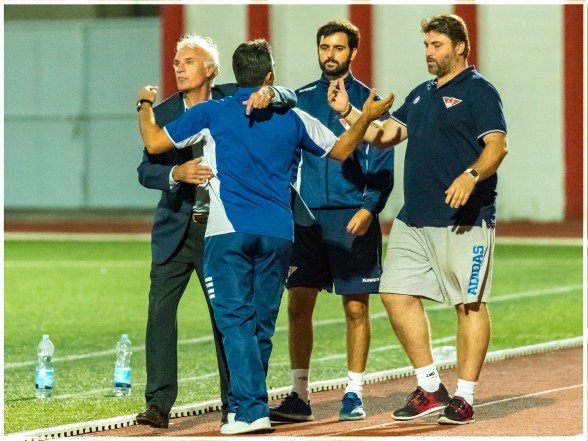 Alas nothing last forever and the Club and Manolo have parted ways in the most amicable manner. He leaves with our gratitude and friendship and he also leaves with the knowledge that he laid the foundation blocks of our success through his hard work and dedication to the cause. El Chupete will be missed and everyone at the Club wishes him the best for the future and if the case is that we cross swords on the field of battle we will be friends before and after the 90 minutes. Suerte Mister y gracias por todo! 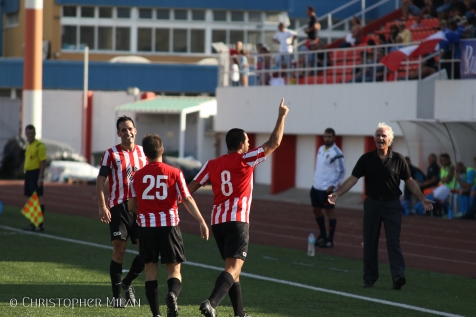 Match corresponding to the 9th Round of the Gibraltarian Reserves Division and played on Monday 4th June at 18:15.

It has all come down to the wire and the last game of the season. 90 minutes away from a spot in the Europa League. A win over Europa guarantees United the third spot in the table and with Europa’s win the in Cup Final last Sunday that spot gives access to Europe next season.

United have our last game versus Europa to serve as extra motivation, a match which we won 2-0. However much has changed since then. Juan Gallardo has retaken the reins of the team and he has scored two specatcular wins in the league and won the Rock Cup in his three games in charge. United for their part recover Bosio and Carrasco from suspension and Baio for injury for this shootout at 20:00 Saturday 2nd June

The penultimate Round of the season saw United and St Joseph’s continue their personal tussle for 3rd place as both sides scrambled 2-1 wins versus Phoenix and Lynx respectively. Lincoln celebrated their first game as champions by defeateing a severely weakend Mons Calpe side, the Calpeans no doubt with more than half on eye on the Rock Cup Final. Lions and Glacis fought out a 0 – 0 draw that had all the trappings of an end of season dead rubber. Europa’s game against Manchester 62 is postponed due to Sundays Rock Cup Final.

The last round of the season has two outstanding fixtures; Lincoln vs St Joseph’s and Europa vs United. They are great games in themselves but whether or not they will have a say on who goes to the Europa League will be determined by the result of the Cup Final. Should Europa be successful then United will go into that game knowing exactly what to do as St Joseph’s play Lincoln just before we kick off. The rest of the final day fixtures are as follows: Phoenix vs Lions, Lynx vs Man 62 and Glacis United vs Mons Calpe.