Captain Robert Montovio also introduced Michel to every player in the squad and Michel also directed several words to the players extolling the virtues of sacrifice, dedication, hard work and effort.

Gibraltar United are very happy to announce the appointment of former Glacis United manager, Javi Sanchez, to the technical team. Javi is no stranger to the local football scene and his appointment shows how the club is gradually growing and developing on and off the pitch.

Javi has managed youth and senior sides for Glacis United and has a wealth of experience to bring to the table. When he became available it was an easy decision for the club to make and we are elated Javi took up our offer. He will work under Manolo with the First Team and also take over the management of the Reserve side. 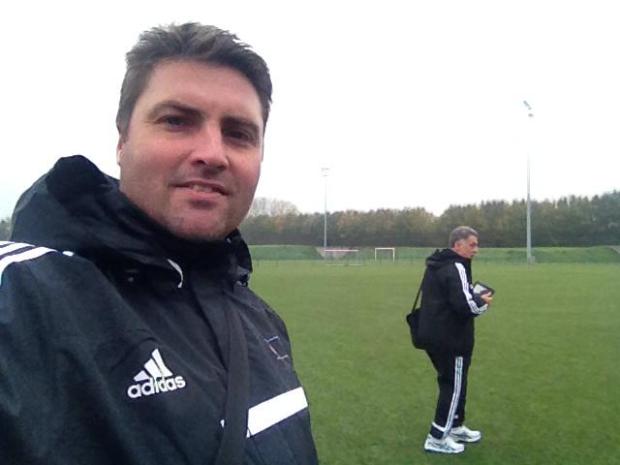