Match corresponding to the 22nd Round of the Gibraltarian Premier Division and played on Saturday 5th May at 18:15. Match report brought to you by Quantocoin and Truicum Private Bank.

Alberto comes in at right back to cover the absence of Farinha while Pipo leads the attack as Elghobashy is only fit enough for a spot on the bench. Elsewhere it is as we where last Saturday with the in form Bosio looking to bag another goal from midfield. Marco is still missing through illness and we wish him a speedy recovery.

Another week, another battle for the Gib Utd boys to fight. Lions, as usual packed the defence and midfield and made a formidable orange and grey wall which was almost impossible to break down in the first half. United had the majority of the ball and despite some fancy footwork there was no way through. Lions, for their part were defending well and their only outlet was the long ball to Borja that at no time really threatened Chino’s goal.

Our first chance came via the boots of Negrette who had switched flanks with Ponce. He cut inside onto his strong foot and curled in a shot from just inside the corner of the box. The ball went closley wide with the diving Olivia no where near it. Bosio also had a chance that he sent over the bar close to the half time whistle but the Lions defence had held firm. Certainly they went in the happier of the two teams at half time. 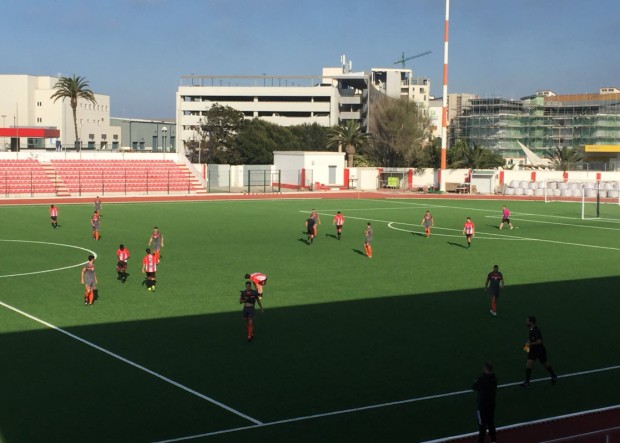 United looked determined from the kick off to make sure that the possession turned into goals. Aguiar and Alberto in the full back role pushed up and Baio began to press forward from midfield. Pipo, who had a very quiet first half however came into his own. He constantly looked for and called for the ball out on the wing and his deft footwork was starting to to cause the Lions defence problems.

It was a combination of a forward run from Baio and Ponce’s skills in the box that saw us take the lead. Baio burst from the middle leaving the Lions players in his wake. A quick through ball to Dani saw the latter in the box, slightly wide on the left. He slalomed past the diving tackles and spotted Pipo unmarked on the right. The weight of the pass was perfect and the little portugese magician was left with a simple tap in. The relief on the player’s faces was clear for all to see. A just reward for the superiority we were showing. 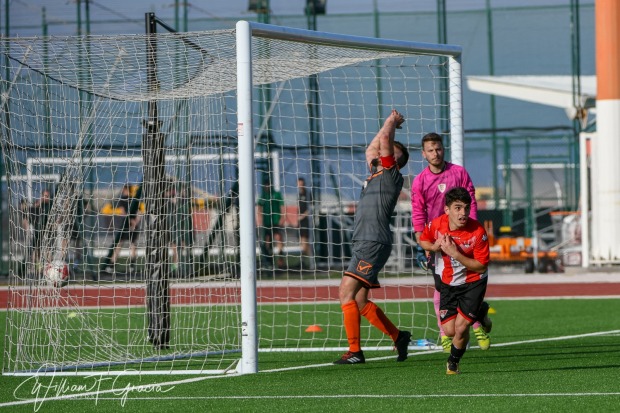 Pipo now found an extra spring in his step and was more actively involved in the play. Indeed he soon turned provider as he turned showed his skill and class to leave his defenders behind and returned the favour as Ponce was left with a simple tap in to make it 2-0 to United. Lions’ shoulders began to droop as confidence surged. Carrasco shot over the bar soon after as United were looking for a third.

The clearest chance came from the boots of substitute Cantelmi. Baio put him through with a perfectly measured pass which left Javi with a one on one with the keeper. As Olivia rushed out Cantelmi shot but the keeper was able to parry it away and thwart our attempts to put us further ahead. That proved to be the last meaningful action of the match as Mr Warwick called time soon after. United in third in with St Joseph’s to play Phoenix at 20:30 its over to them