With Youth Football soon to kick off across all age Categories we will be introducing our Youth Teams and coaches over the following days. The kids have been working hard through the Summer and in Pre-Season led by a team of dedicated and committed coaches. Today we introduce our Under 9’s coached by Ian Mañasco and Ernest Costa. We caught up with the team and asked them a few questions.

1. Ian, reflect on how your team did last season.

IM: Last season’s reflection was a very positive one considering it was a new team and our first year together. The team was facing a massive change going from 5a side to 7aside and from the small Futsal pitches to Pitch 2 which is much, much bigger. The team has taken the new scenario very well and given massive steps forward, they have proved they can compete with all the teams in the league, even the second-year ones. Our lowest moment came just after Christmas when all the teams had still not completed the first round of fixtures and the GFA decided to split the league in 2 tiers. Sadly, to our surprise we had been put in the Second tier after we had won all our games beating Under 9 teams of 2nd year. Our best moment and highlight must be finishing off our season playing in the prestigious Boni cup in Marbella with teams from all over Spain. The team and myself have benefited from this massive experience and has given us the right motivation to work even harder in the future. 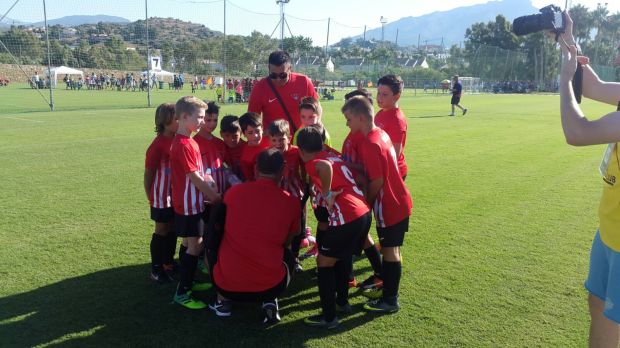 2. What are you hoping to achieve this season?

IM: For this year I hope to see the team continue with the development and potential shown up to now. Our aim this season will be set on the Futsal cup and the league cup which are the only two competitive titles to play for. The team is already well into pre-season and with the necessary motivation and work ethic to achieve our objectives.

3. Ernest, how has preseason gone so far with your team?

EC: This year we began pre-season on the last week of August in Sandy bay. Training in the beach is hard but it is also fun for them, we have a great group of boys, we really make sure they enjoy their football and their time together. In the last couple of weeks, we have also played two friendly matches in Spain in order for them to begin to get the feel of it after a long summer break. Thanks to Palmones and Peña Madridista for having us. We are really looking forward to begin training more regularly (as soon as the allocations become available) and for the season to begin. 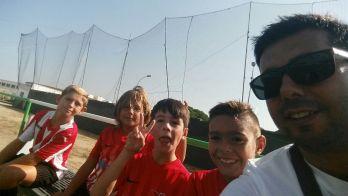 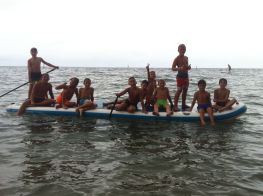